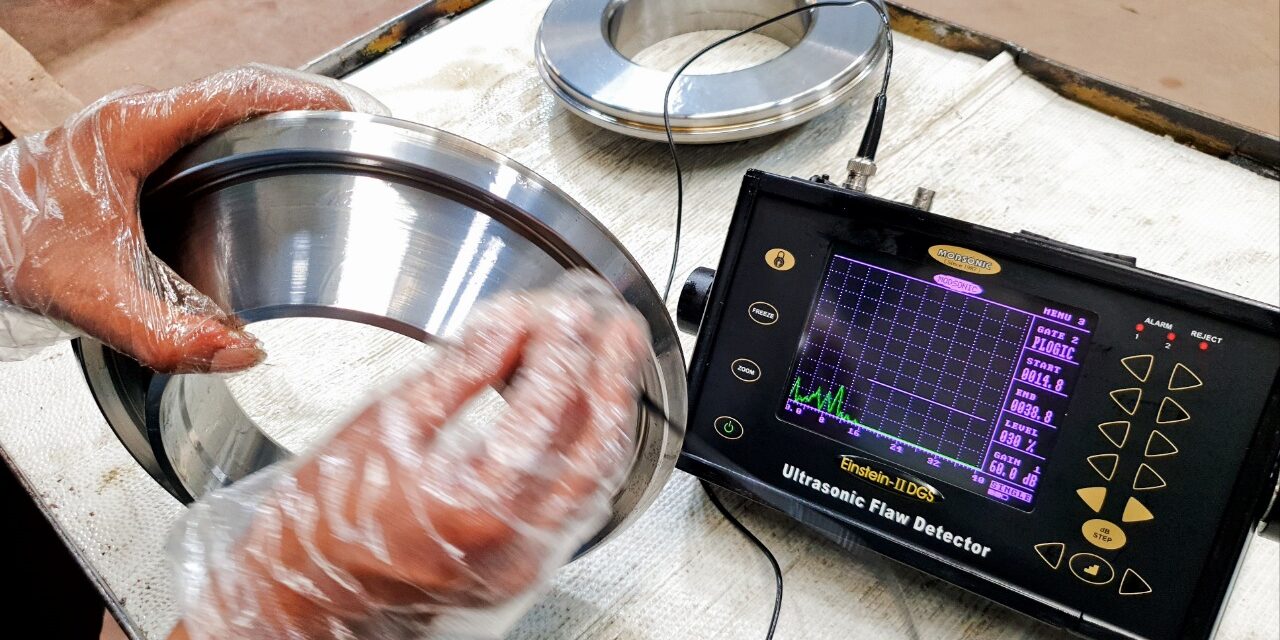 Ultrasonic flaw detection equipment uses NDT (non-destructive testing) methods to detect surface and subsurface flaws. As the name suggests it uses high-frequency ultrasonic waves for this purpose. A transducer emits the waves into the test object. The returning waves generate clear echo patterns which are then recorded, displayed in the form of images, and interpreted.

The flaw detectors are used to check the integrity of welds and for evaluating structures like bridges, boiler tubes, aerospace & wind turbine composites, railroad axles & rails, and in several other industrial applications. Ultrasonic flaw detectors are established as non-hazardous, non-destructive, and reliable quality assurance tools in the industry today.

German scientist Raimar Pohlman used the idea and built upon it further. He designed the Pohlman cell for the detection of flaws using ultrasonic beams. A similar device was built in 1939 by scientists at the British Iron and Steel Institute which could test minute hairline fractures in steel by employing ultrasonic waves. Since World War 2 was imminent at the time, therefore for fear of espionage, its industrial use was prohibited for the time.

Development and industrial use of ultrasonic flaw detectors gained major traction in the forties. In 1942, British scientist Donald Sproule created an apparatus to detect flaws in steel. Based on the principle of echo-sounding this apparatus had separate transducers for transmission and reception.

Now flaw detectors are increasingly becoming smaller and much more efficient. The use of compact handheld flaw detectors using single element transducers for quality control is a common practice in many manufacturing and service industries.

There are several advantages of ultrasonic flaw detectors. Some of these are given below.

1. Deep detection ability than other non-destructive techniques due to high penetration power.

2. Being able to detect minute flaws due to higher accuracy.

3. Portable and highly automated. Can be and used for remote and difficult to access locations and for on-site testing.

4. Only needs access to one side of the test object. Therefore, used to test very large objects.

5. Detects the size, shape, and nature of flaws with a high degree of accuracy. Provides high-resolution images.

6. Can be and is used to detect both surface and subsurface flaws.