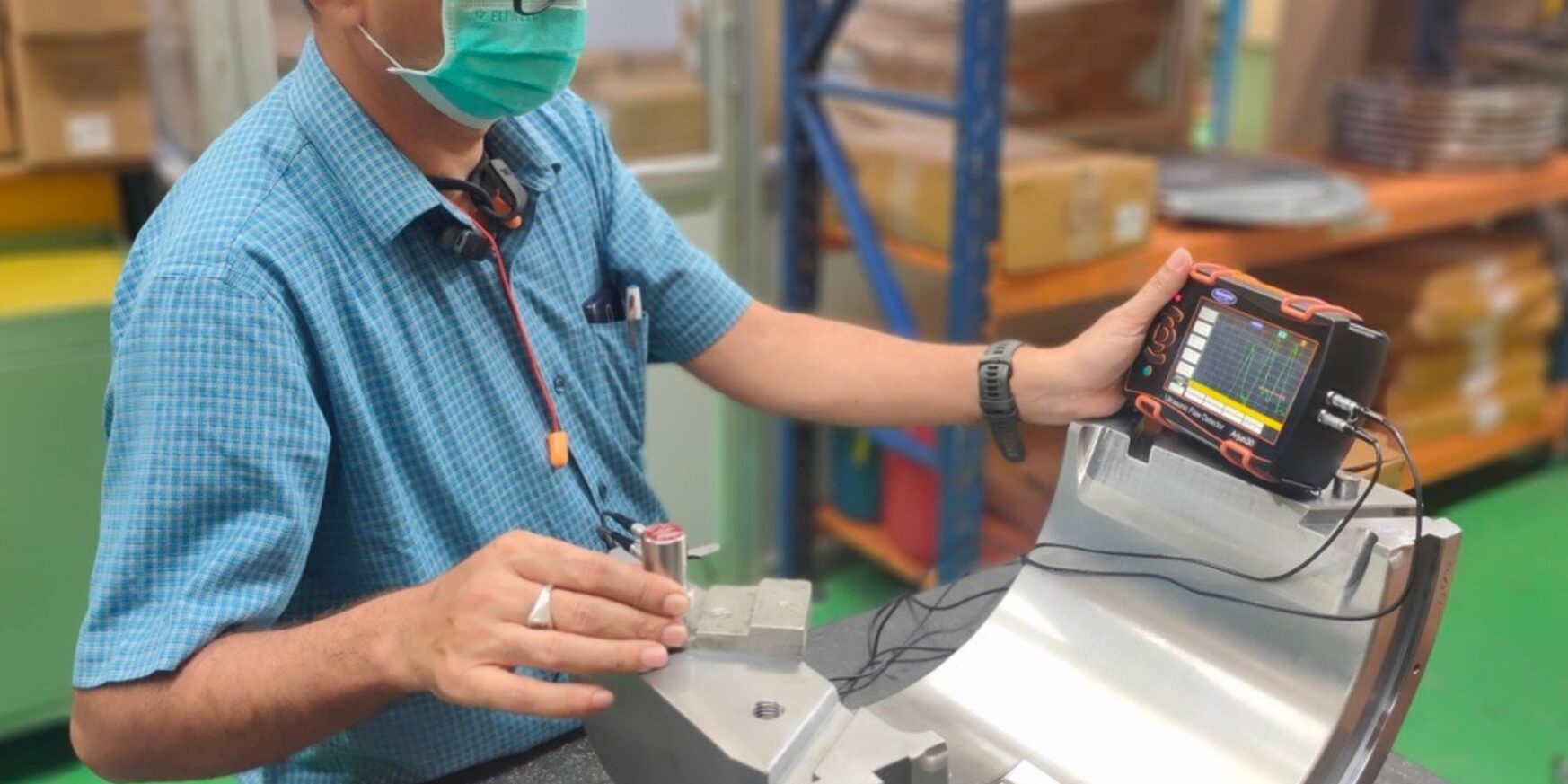 With the wisdom of science, we have been able to simplify many aspects of life. Is the ultrasonic testing procedure something that interests you? The following article contains the steps you need to perform an ultrasonic test.

The ultrasonic testing procedure satisfies requirements for Ultrasonic evaluations of metallic welding as specified in the specifications or requirements for the design and manufacture of the component. Also, related approved weld maps are followed.

For each pass of the search unit during the ultrasonic test procedure, at least 10% of the element’s dimension shall overlap the scanning direction according to the dimensions of the transducer (piezoelectric element).

A speed of 6 inches/second (150 millimeters/second) shall be observed for searching units for examination.

During the ultrasonic testing procedure, the surface must be free from lubricants, dirt, residue, rust, and sharp edges to ensure a smooth procedure.

An Ultrasonic testing instrument with pulse echoes will be used to generate frequencies between 1 MHZ and 5 MHZ for the examination.

There may be only one or two transducers in a search unit. This table outlines how to select the search unit size.

In an ultrasonic test procedure, you can display information linearly on any screen from 20% to 80% of the calibrated height within *5% of the full-screen height.

Screen height linearity testing should occur at the beginning and every three months after that (whichever is less often).

Several ultrasonic test procedures use amplitude controls that are accurate up to 20% of the nominal amplitude ratio over their useful ranges to measure indications beyond that of the display’s vertical display.

Approximately every six months or at the beginning of each extended use period, whichever is less, the amplitude control linearity shall be tested according to the procedure in appendix 2 of Article 5 of ASME code Sec. V.

The motor oil should be SAE 20 or 30, glycerin should be used, and adhesive wallpaper should be used. Comparing complaints is not permitted. However, the complaint must be used for auditing and calibration. Those used on austenitic stainless steel may not contain more than 250 ppm of halides (chlorides and fluorides), and those used on nickel-based alloys must not exceed 250 ppm of sulfur.

Angle beam probes propagate shear waves in material and have application angles, sizes, and frequencies related to this.

Wave propagation is carried out by a longitudinal wave in material and its corresponding angle, size, and frequency for a normal beam probe.

The calibrating blocks are similar to the finished component in terms of metallurgy and materials or have the equivalent P-number grouping. As per the rule of thumb, materials belonging to P-numbers 1,3,4 & 5 shall be considered comparable. Furthermore, the surface finish on the block should also accurately reflect the surface finish of the tested component.

Using an electronic distance amplitude correction device during the ultrasonic testing procedure, your primary responses should be equalized between 40 and 80% of the full-screen height on the examination screen.

An initial calibration of the system is required before it is used in the thickness range being examined. Upon calibration, it is necessary to check the sweep range calibration and distance-amplitude correction.

If the point is shifted more than 10% of a sweeping reading or 5% of an entire sweep, the DAC curve is shifted to the sweep line. If so, note the correction in the examination record and correct the distance range calibration. Those data sheets that record reflectors shall be voided in the case of datasheets that record reflectors and a new calibration shall be recorded instead.

During the calibration reassessment, all measured values, since the last valid calibration, will be corrected based on corrected calibrations, and their values will be updated accordingly.

For calibration or calibration check datasheets, any point on the distance-amplitude correction curve (DAC) that has decreased by 20% or 2 dB from its original value is void.

The data covered by the voided area will be re-examined, and the new calibration done and recorded. Further, where an indication on the distance-amplitude correction (DAC) curve increases by 20% or 2dB since the last valid calibration or calibration check, all recorded data should be re-evaluated and recalculated.

A large DAC must be investigated so that standards established by the referencing code can be applied to the evaluation of the DAC.

All imperfections that give out the amplitude more than 20% to that of reference level require an in-depth inspection so that the operator can examine the shape, the identity, and the location of every such imperfection. Each imperfection will be assessed as per the accepted standards.

This report shall state the extent of the inspections and the location of the recorded reflectors, and the identification of the operator who carried out each inspection or portion thereof.

The record shall contain the location of each uncorrected area, the response level, the measure, the depth below the surface, and the classification of reflections that surpasses 50% of the reference level.