7 Ways to Make the Best Uses of Ultrasonic Flaw Detectors 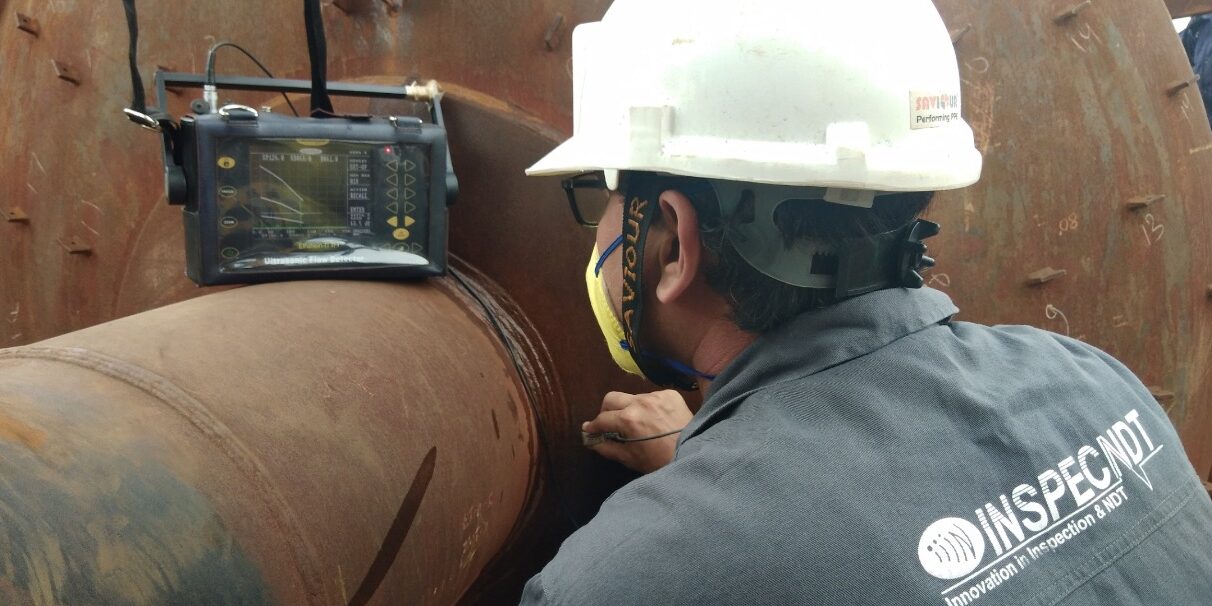 These patterns are recorded, displayed, and interpreted. This is done by measuring the volume of the returning waves which detects the internal flaws in the test subjects. The detectors can make use of frequencies up to 50 MHz but mostly these frequencies are utilised to 0.1 to 15 MHz.

Ultrasonic flaw detectors are small, portable, and microprocessor-based devices made up of several separate units. These can include transducers, pulsers and receivers, and waveform monitoring displays. Other components include a data logging module and hardware and software for capturing ultrasonic signals and their analysis. The number of components depends on the type of ultrasonic testing to be performed.

The pulser & receiver are attached to the transducer of the flaw detector. This is used to generate ultrasonic waves which are passed through the test object and for the amplification and filtering of the returning waves once they strike the flaw. For a better transducer performance, pulse amplitude, damping and shape are controlled and for optimizing signal-to-noise ratios, receiver gain and bandwidth are adjusted.

Current-day ultrasonic flaw detectors digitally capture a waveform. After that, it performs several measurement and analysis functions. A timer is used to synchronize transducer pulses and to provide distance calibration. After that signal processing is done to arrive at flaw detections. These could be simple waveform displays or complex digital processing algorithms.

Displays and data loggers are important components during various uses of ultrasonic flaw detectors as these are used to interpret and arrive at the results. The display may be a liquid crystal, CRT, or electroluminescent display. The screen is calibrated in units of distance or depth. Multicolor displays are used for better and detailed interpretation.

Internal data loggers are used for recording full waveform and setup information for each test performed for documentation and information like depth or distance readings, echo amplitude, or absence or presence of alarm conditions.

7 Uses of An Ultrasonic Flaw Detector

Ultrasonic flaw detectors are used in a variety of industrial applications as these apply non-destructive techniques and are portable and thus easily transported to far to reach work sites and other places and objects. Let us look at some of the uses of flaw detectors below.

1. Ultrasonic flaw detectors are used to detect if proper welding is done or are there any flaws in the welded material. The testing is done for both iron and other metals and for not easily accessible objects. These are used to check spot welds, braze joints, castings, and bond testing. The devices detect defects in weld bonds like incomplete melting, HAZ, porosity inclusions, and groove shape, etc.

2. Ultrasonic flaw detectors in a different refined form are used for diagnostic tests in the medical field. These are used for testing internal organs like eyes, heart, and uterus, and even in the detection of certain types of cancer. It is used in routine diagnostic imaging and also for medical research because of the absence of ionizing radiation.

4. Gemology and jewelry industry also has uses of ultrasonic flaw detectors. These are used to detect flaws in materials having distinct shapes and geometries like gems.

5. Ultrasonic flaw detectors are also used to detect broken down wires, assessment of liquid levels, detecting vehicles, and measuring the distance between objects. These are particularly helpful in pipelines, liquid storage tanks, and support structures.

6. Ultrasonic flaw detectors are also used to detect corrosion in pipes and pressure vessels. This is achieved by measuring the thickness of the pipes and comparing it to the measurements taken before. The variations can accurately pinpoint the level of corrosion.

7. Ultrasonic flaw detectors are used to check the integrity of important structures like beams and pins of bridges, similar metal structures, and railroad rails.

Ultrasonic flaw detectors have greater accuracy than other non-destructive procedures, especially for detecting internal flaws and the thickness of parallel surfaces. These detectors efficiently pinpoint the shape, size, orientation, and nature of defects immediately so that quick decisions may be taken. Other than these, ultrasonic flaw detectors are portable, easy to carry across locations, and perfectly safe to use.