Ultrasonic Testing and its Working 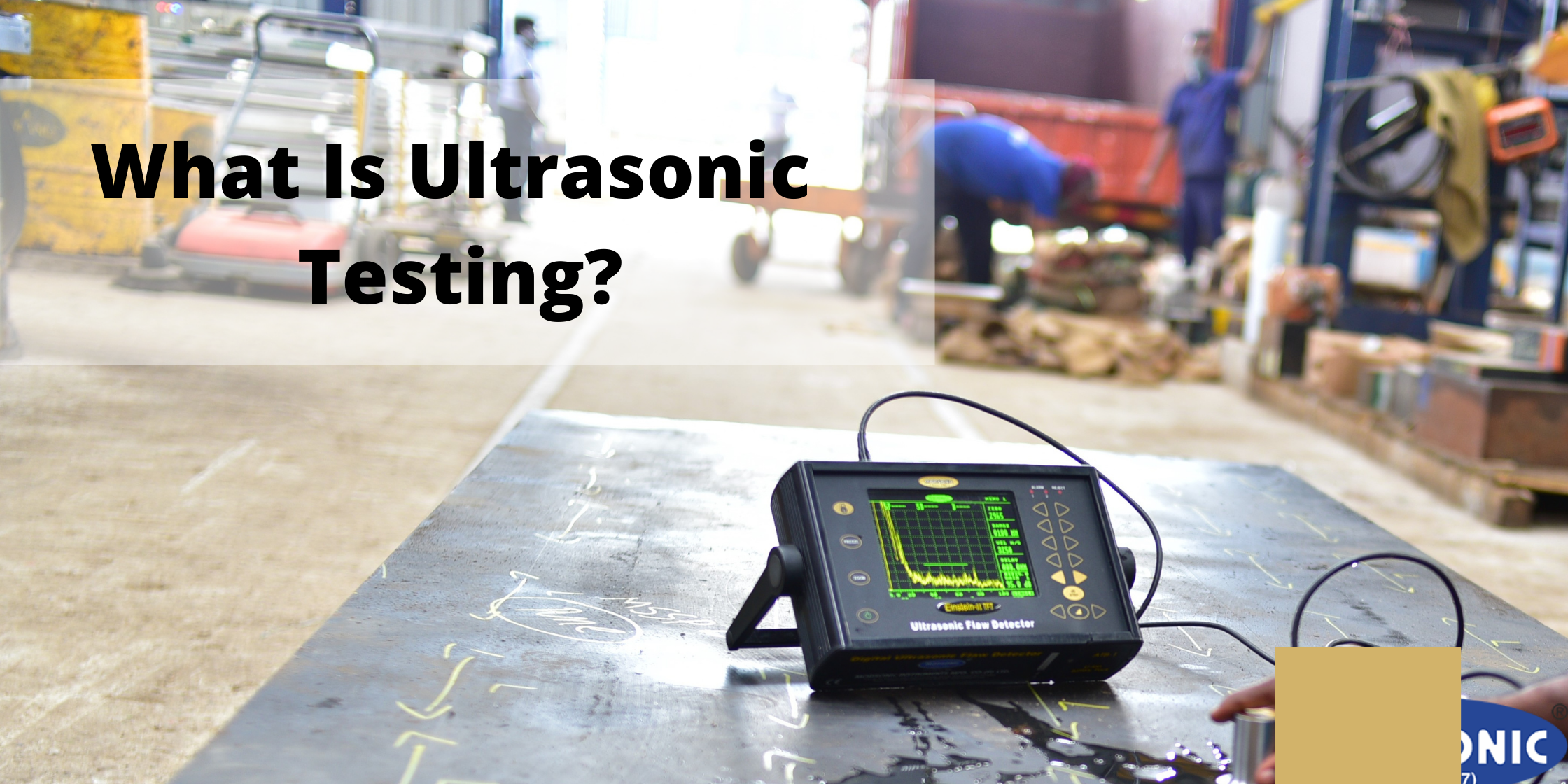 What Is Ultrasonic Testing?

Ultrasonic testing or in short UT refers to a variety of non-destructive testing (NDT) techniques that use ultrasonic waves to pass through a substance or object. Ultrasonic waves are high-frequency waves that are passed through different substances to find flaws or detecting variations in them. Ultrasonic testing applications can utilize frequencies up to 50 MHz but mostly these frequencies are limited to 0.1 to 15 MHz in these applications. The advantages of ultrasonic waves are that they are used for UT testing to determine the thickness of an object when assessing the corrosion level in the pipelines.

A piezoelectric ultrasonic transducer is connected to a flaw detector for ultrasonic testing. The flaw detector in its more rudimentary form is made of a pulse-receiver and oscilloscope display. The transducer is connected to the test object by oil, gel, or water and passed over it. This couplant is needed in contact requiring techniques to transmit the sound energy to the transducer to get the results. However, when using non-contact techniques such as electromagnetic acoustic transducer (EMAT) or laser excitation, there is no need for couplant as there is no contact.

Ultrasonic testing is performed with several different transducers. The most popular are given below.

A single pulse-echo transducer emits and receives the ultrasound waves in this type of testing. When the waves strike a disturbance or the intended object, they are reflected back to the transducer. Results are shown as a graph, with the amplitude on the y-axis representing the intensity of the reflection and the distance or time on the x-axis reflecting the signal’s depth through the material.

This type of transducer uses an emitter and a separate receiver. The emitter emits the ultrasound waves from one side of the surface or object and the receiver receives the sound waves that reach the other side of the surface or object. The flaws in the material cause disturbance and thus receiver receives a reduced number of ultrasonic waves which leads to the detection of the flaw location.

These types of ultrasonic transducers are widely used as they are portable and have easy access. They are used in on-site inspections where the test object is either not fully reachable, has an irregular shape, cannot be transported, or has a huge shape.

This type of transducer is a single-element transducer used for non-destructive testing in factories and laboratories. This testing is used for materials having distinct shapes and geometries like gems. The water acts as a couplant and the object is submerged into it. Immersion ultrasonic testing is used in a wide range of applications and also for measuring the thickness of various materials and walls.

Why is Ultrasonic Testing Used?

Ultrasonic testing is non-destructive so it can be applied safely to find defects and flaws without causing any damage to the test objects. Ultrasonic testing can be conducted periodically to check for flaws so that a major failure or collapse be prevented in the future. Ultrasonic testing is employed in several sectors which include the automotive industry, aerospace, construction, gems and jewelry, medical field, and manufacturing.

Ultrasonic testing being non-destructive is suitable for a

variety of materials. UT is used to test and inspect high-density crystalline materials like metals. It is also successfully used for inspecting concrete, ceramics, composites, and plastics but provides less resolution as these materials have high attenuation. Ultrasonic testing is also used in oncology and other medical fields for diagnostic testing.

There are several advantages of ultrasonic sensors. Some of these are given below.

a. Deep detection ability due to high penetration

b. Being able to detect very-very small flaws due to high sensitivity

c. Portable and highly automated so can be used for on-site testing for very large objects

d. Higher accuracy than other non-destructive procedures, for detecting internal flaws and the thickness of parallel surfaces

e. With great accuracy detects the size, shape, and nature of flaws

f. Safe to use

With all the advantages, UT sensors have some disadvantages too. These are given as below.

a. Experienced operators required for testing and interpreting data

c. Ultrasonic testing difficult on very thin, small, irregularly shaped objects and on disparate objects which are not homogenous

d. The surface needs to be regular before testing can be commenced, for eg loose paint needs to be scraped but not properly applied and bonded paint

Ultrasonic testing is employed in various sectors. It is used to test the integrity of materials, for example, testing if the welding is done properly or not by examining the flaws in the welded material. This testing is done on both iron and non-iron-based materials and for those objects which are not fully accessible. Due to the advantages of ultrasonic waves, UT testing is better equipped to detect those finer and planar flaws which cannot be detected easily with radiographic testing. Ultrasonic testing is widely employed in industries such as the automobile industry, aerospace industry, railways, medical and diagnostic testing, construction industry, and oil and gas exploration industry.

So, this is a brief description of Ultrasonic testing through ultrasonic transducers and their applications in various branches of industry.