What Are The Advantages And Disadvantages Of Ultrasonic Testing? 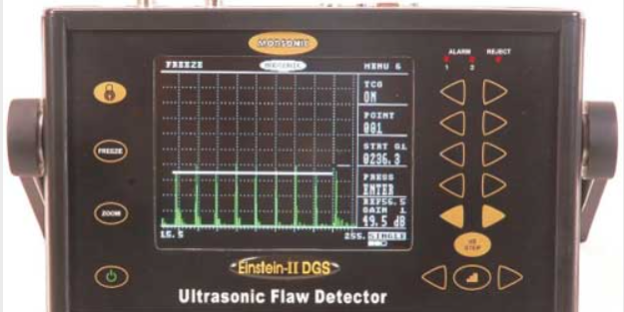 In the most common ultrasonic testing applications, short ultrasonic pulse-waves having the center frequencies from 0.1 to 15 MHz and sometimes up to 50 MHz, are transmitted into the materials for characterizing materials or detecting internal flaws.

One such common example is the measurement of ultrasonic thickness that tests the thickness of the test subject, such as, for monitoring the pipework corrosion.

Often the ultrasonic testing technique is performed on steel as well as other alloys and metals, though, it can also be carried out on wood, composites, and concrete, even though with a lesser resolution. It is incorporated in several industries that include metallurgy, steel and aluminum construction, automotive, aerospace and several other transportation sectors.

How does Ultrasonic Testing work?

In the technique of Ultrasonic Testing, an ultrasound transducer is connected to a diagnostic machine. This is then passed over the subject or the material that is to be inspected. The transducer is separated from the test material or object with the help of a couplant such as oil, or water. However, couplant is not needed when the Ultrasonic Testing is carried out by using an Electromagnetic Acoustic Transducer (EMAT).

Amongst all the applications of Ultrasonic Testing, flaw detection with the help of ultrasonic flaw detectors is the most commonly used technique. Typically, sound waves of a higher frequency get reflected from the flaws and in turn, tend to generate clear echo patterns. Portable instruments then record as well as display these patterns of echo.

Ultrasonic testing is hence, a safe testing method that is being widely used in several service and production industries all across the globe, generally in the applications wherein structural metals as well as welds are being used.

Sound waves refer to mechanical vibrations that tend to pass through different mediums like solid, liquid, or gas. They pass at a very specific velocity and in an expected direction. If these waves bump into a boundary that has a different medium, they get transmitted back. This is the principle behind ultrasonic flaw detectors and ultrasonic crack detection.

4 Things to Look for In an Ultrasonic Flaw Detector
December 22, 2021

How Do Ultrasonic Transducers Work?
December 22, 2021

What is an Ultrasonic Probe? Why is it Important?
October 25, 2021
Recent Posts
Recent Comments
Archives
Categories
Meta
Go to Top